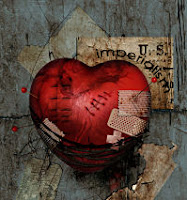 Love in a Globalised World

It is said that “absence makes the heart go fonder”. But how would it feel to have a loved one miss you and your children’s birthdays, Christmases, New Years -year after

year after year? 10 million must yearn for their loved ones in this way time after time. Or at least 10 million Filipino families to be more precise. The Philippines is a powerhouse of workers for the world’s job market, providing millions of workers for a host of jobs in over 22 countries - thousands of “domestics” for Hongkong, the Middle East, shipbuilders & ship workers, tradesmen and tradeswomen (welders, fitters, boilers, metalcraftsmen), nurses, aged care assistants for Australia, the U.S., Canada, Saudi Arabia- to give but a few examples.

This phenomenon brings in the $13billion US - estimated to rise to $14billion US for 2007 - which helps props up a highly militarised, highly corrupt government in the Philippines and an economy wherein at least 2.9 million families at the end of 2006 had nothing to eat and suffer daily hunger, according to a survey by Social Weather Stations (SWS - a non-gvernment polling group).

Left behind while one’s loved one - husband, wife – battles it out in the great, wide lands of this international job market to keep the family back home alive – one must go through periods of anxiety, sadness, grief, longing, hope....or one perhaps accepts this stoically year after year as the inevitable reality of being a Filipino in the Philippines.

Yet contemporary English pop literature has very little to say of this kind of love. This love wherein one waits for decade after decade for the other, while the children grow up and become adults and celebrations for birthdays, New Year, Chirstmases and family tragedies (illnesses, mishaps) and family joys (graduations, school trophies) - are missing either the mother or the father or both.

Contemporary pop lore’s love - in music on radio’s “top ten”, urban stories, tv’s “video hits”, Oscar-award winning and box office move hits - is about quick couplings, momentary trysts, hasty changeovers of lovers, I-love-you-cos-you’rebeautiful-and-sexy, the passing experiences of physical intimacy. Hardly about I love you cos you keep the family together year after year, or about decades of endurance. Hardly about lovers separated for 20, 30 years. Hardly about the struggle to keep families together and to keep love alive day after day, during decades of being away from each other.

Hardly about the loved one being raped or jailed, abused or hounded by their employer, driven out of lodgings and left homeless and destitute, physically assaulted, or disappeared - or dead - in a country far away as a foreign worker. Yet this is the real love story hardly recorded in modern literature and pop lore. Very different from academia’s deeplystudied love poems of John Donne or Elizabeth Barret Browning, or from the poems of Nick Joaquim or Walt Whitman. It’s the kind of story about love that must be more true than the so-called “love” in tv videos hits and films which portrays lovers fully-fed in beautiful clothes frequently hooking up after meeting in a nightclub then going straight to bed afterwards.

It’s the kind of love that struggles to triumph above poverty, over decades of separation, over decades of trying to keep families together. It’s the one that’s the real one. Not the fictionalised triviality of everyday pop, or daily media. The kind of love story which contemporary songwriters and poets - apart from their endless tracks about momentary trysts and fleeting physical intimacies should immortalise in song, in poems, on film. Because it’s about what love is truly about - this love story of 10 million families. - Fe Nina Reyes